The cinematographer details her approach to director Ry Russo-Young's YA drama. 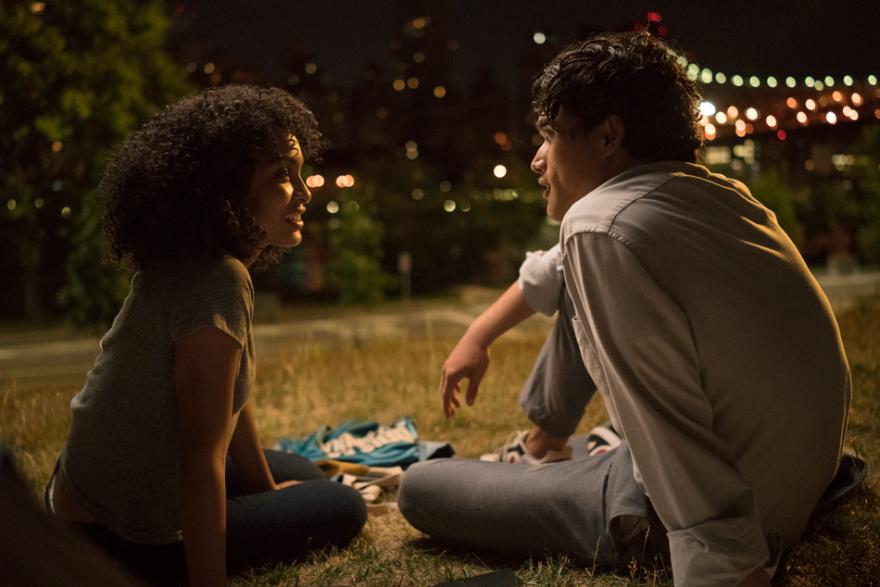 Autumn Durald Arkapaw had a good feeling about her first meeting with director Ry Russo-Young. The topic was the prospective feature film The Sun is Also a Star, and Russo-Young had specified Panavision anamorphic in her lookbook.

“I’m a big fan of Panavision and the anamorphic format,” says Durald Arkapaw, who was interviewing as a potential director of photography on the film at the time. “What attracted me to the project, first off, was that it’s a love story set in Manhattan. Woody Allen’s Manhattan is one of my favorite films, and Gordon Willis’ work is what drew me to cinematography. Ry and I definitely hit it off, and we couldn’t see The Sun is Also a Star shot any other way.” 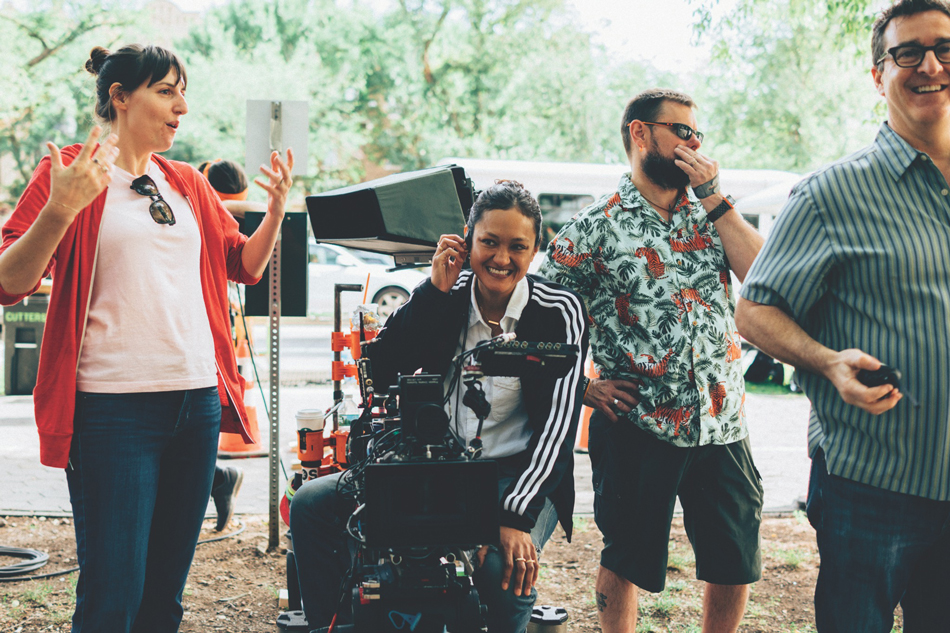 Director Ry Russo-Young and DP Autumn Durald Arkapaw on the set of The Sun is Also a Star.

Durald Arkapaw graduated from AFI’s cinematography program a decade ago, and The Sun is Also a Star is the third feature she has hitting screens in 2019, with Untogether and Teen Spirit released in February and April, respectively. All three films were shot with Panavision C Series anamorphic glass.

The Sun is Also a Star is a Warner Bros. film based on a successful young adult novel in which a physics student (Yara Shahidi) falls in love with a charming college-bound student (Charles Melton) despite her family’s imminent deportation. Once Durald Arkapaw officially signed on to the project, she researched the history of the squeeze format, including the industry-changing Hypergonar lens invention by French astronomer Jacques Chrètien that sparked the origination of the CinemaScope process.

"I'm kind of a nerd when it comes to that stuff," she says. "I wanted to get my story in place for why it meant so much to us. With any job, what's important is having the cinematography work with the story so you feel something. You don't want to feel like you're watching a film. 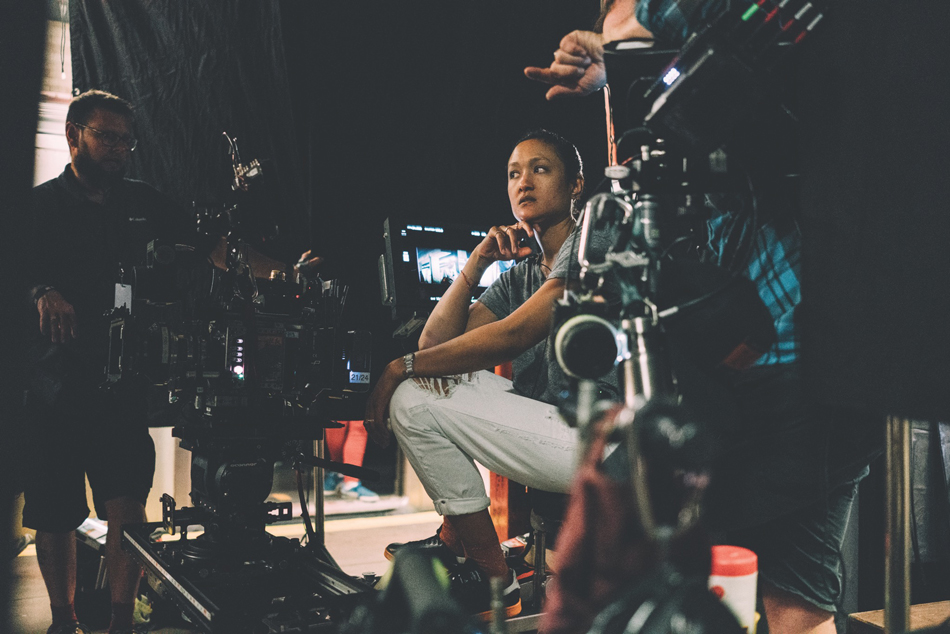 "The C Series lenses are very textured and vintage, and that's another layer that renders a more filmic image for me," she adds. "I come from a film background, and I always like to beat up my digital a bit. Ry and I had seen YA films that looked very sharp and were a little too precious. The stories are good, but they didn't feel real to us. Most of our references were shot on film and naturally lit. We wanted our environments to feel like organic spaces where the actors could live and grow."

Durald Arkapaw and Russo-Young were also in tune when it came to framing and camera movement. "Ry is very precise in execution," explains Durald Arkapaw. "I gravitate towards a moodier, underexposed image, and often accentuate the flares. The C Series lenses are flarey and dreamy when shot wide open. I embraced that rather than trying to hide it. Given the title and the story, you always want to feel the sun around - and what better way than to have the lenses flaring in interesting ways! I know them so well. I even have my assistant write down the serial numbers, and I ask for particular lenses. You know the sweet spot and you work with that. They have beautiful attributes, and you get these happy accidents." 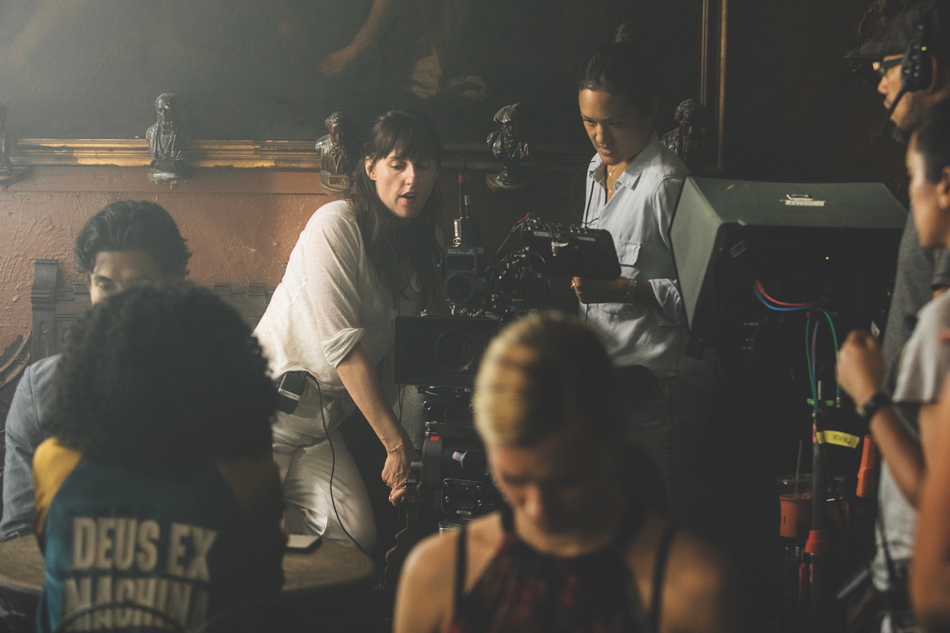 One lens in particular, a 55 mm macro, comes in handy for beauty portrait shots. "It's really creamy when it's wide open, and it looks great for complexions," Durald Arkapaw notes. "When it's too sharp, you see skin irregularities and it's not as filmic. You end up doing a lot of post work to compensate. I prefer shooting wide open with this lens, because it already gets you to a good spot and there's beautiful light fall-off."

Durald Arkapaw operates the camera herself whenever possible. "Being close to the actors, seeing it through my eyes and emotionally connecting, I get all of that when operating. If it doesn't feel real through the lens while I'm operating, I immediately offer something else up to the director that feels more inspiring."

"I love working in London, and I often work with the Panavision London team on commercials," says Durald Arkapaw. "But this was my first feature in the UK. I really wanted to shoot C Series for that film, and the teams from Panavision London, with the help of Rik DeLisle at Panavision Los Angeles, were really amazing in helping make it happen. I mostly shoot with Panavision glass, so they've been key collaborators throughout my career. The texture and flaring came in handy for rendering that story. I'm very proud of the film, and it just wouldn't be as successful without those lenses."

The Sun is Also a Star is currently in theaters. Durald Arkapaw’s next film is Mainstream, a feature film directed by Gia Coppola currently filming in Los Angeles, starring Andrew Garfield and Maya Hawke, and once again supported by Panavision.