Rachel Morrison, ASC shoots 35mm with C Series anamorphic glass to contrast the subjective and objective experience of the watcher and the watched. 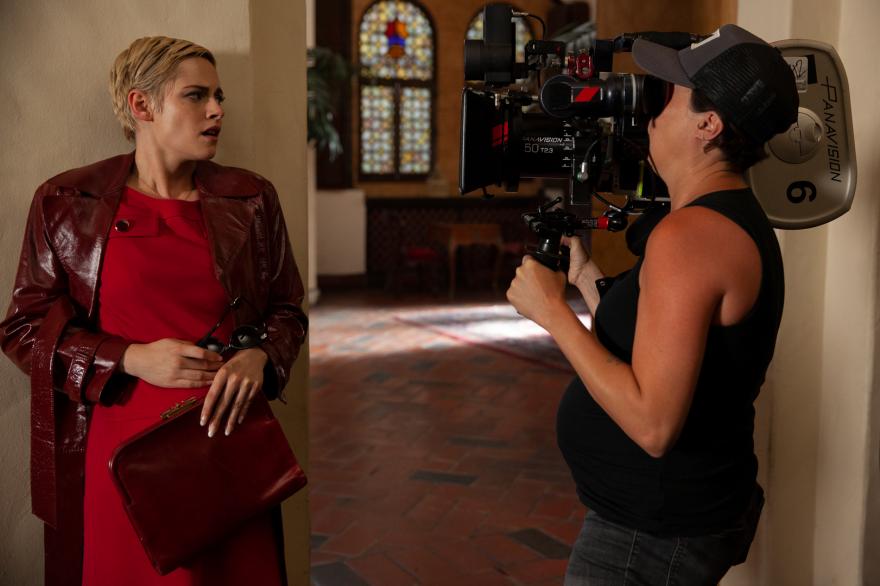 Cinema, the most voyeuristic of mediums, is uniquely placed to convey both the act of surveillance and the psychology of the surveilled. In Seberg, director Benedict Andrews and cinematographer Rachel Morrison, ASC draw upon the great conspiracy thrillers of the 1970s for an unconventional biopic that examines the disturbing, real-life experience of actress and activist Jean Seberg.

"This narrative begged to be shot on celluloid," Morrison explains. "It is the story of a Hollywood starlet and the dark undercurrent of government, and the invasion of privacy. I think there are lots of parallels between what happened to Jean and what is happening now which made this film both exciting and relevant."

In the late 1960s, having made her name as the star of A Bout De Souffle, Seberg (played by Kristen Stewart) moved to Los Angeles and became involved with the Black Panther movement bringing her to the attention of the FBI. Andrews’ film weaves together facts and historical incidents into a kind of speculative fiction that explores her subjective experience.

Andrews drew on references from stills by photographers including Stephen Shore, William Eggleston and George Rodriguez, as well as inspiration from the political thrillers of the era like The Parallax View and Klute.

“Choosing 35mm inherently calls back to those films,” Morrison says. 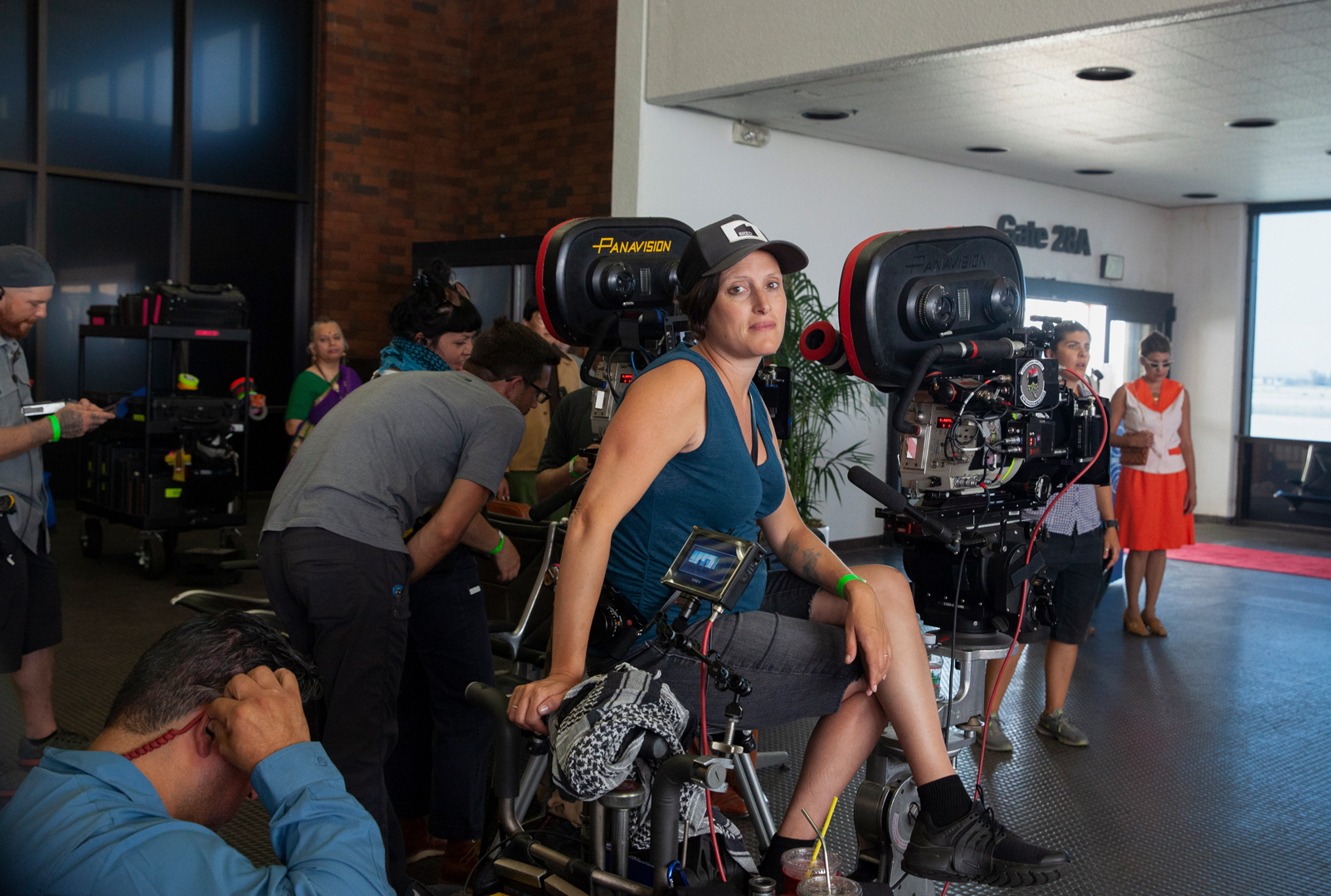 The film's relatively low budget worked in their favor. "When every other film is digital and pushing resolution, the use of analogue stands out," the DP espouses. "The feel of it binds you emotionally to the story, plus its appearance is inherently of a certain time period, so I felt it could be an asset especially when we don't have the budget to populate the picture with cars and others detail that might otherwise be used to sell the period."

“I fell in love with Panavision’s C Series on Mudbound (for which Morrison was Oscar nominated). I love their organic nature, the quality of the fall off, the fact that no two lenses are the same, and that some of the focal lengths flare warm. I have tested every other anamorphic lens and can’t find any I like as much, especially for a period film.

"Part of the reason I love film in general and anamorphic in particular are the inherent imperfections," Morrison continues. "Life is imperfect and unpredictable. So, the lenses came first, and since we were going to shoot a lot of this film handheld, the XL2 was the right choice because it is ergonomic and light."

For Seberg, Morrison explains she liked the “erratic nature” to the light as captured though the lens, especially “the flaring on the corner of the lens which questions the sanity of her perspective.”

She adds, "The softness around the edges helps to focus the viewer's eye on the subject in moments when she senses she is being spied on. The fact that we were using older glass with tiny nicks on the back or front elements only added to the irregularities and the overall aesthetic."

With the C Series in high demand, she and first AC Simon England worked with Panavision to pull together a set of lenses, including some PVZ and SP Primes, which were customized under the supervision of Panavision’s lens guru Dan Sasaki to match the C Series.

"We are a C Series film, so the customization of glass was just to blend in, rather than look entirely different," Morrison notes. "All the glass performed incredibly well."

Morrison also took a set of spherical lenses, mainly as a safety net for night sequences. “For some sequences we were exposing 500 ASA or 320 ASA and lighting by streetlight. It’s not the kind of movie that could afford to change out every single LED streetlight and replace with old cobra heads, so I switched to spherical at these points. I’d mixed both spherical and anamorphic on Mudbound and felt comfortable with combining formats seamlessly.” 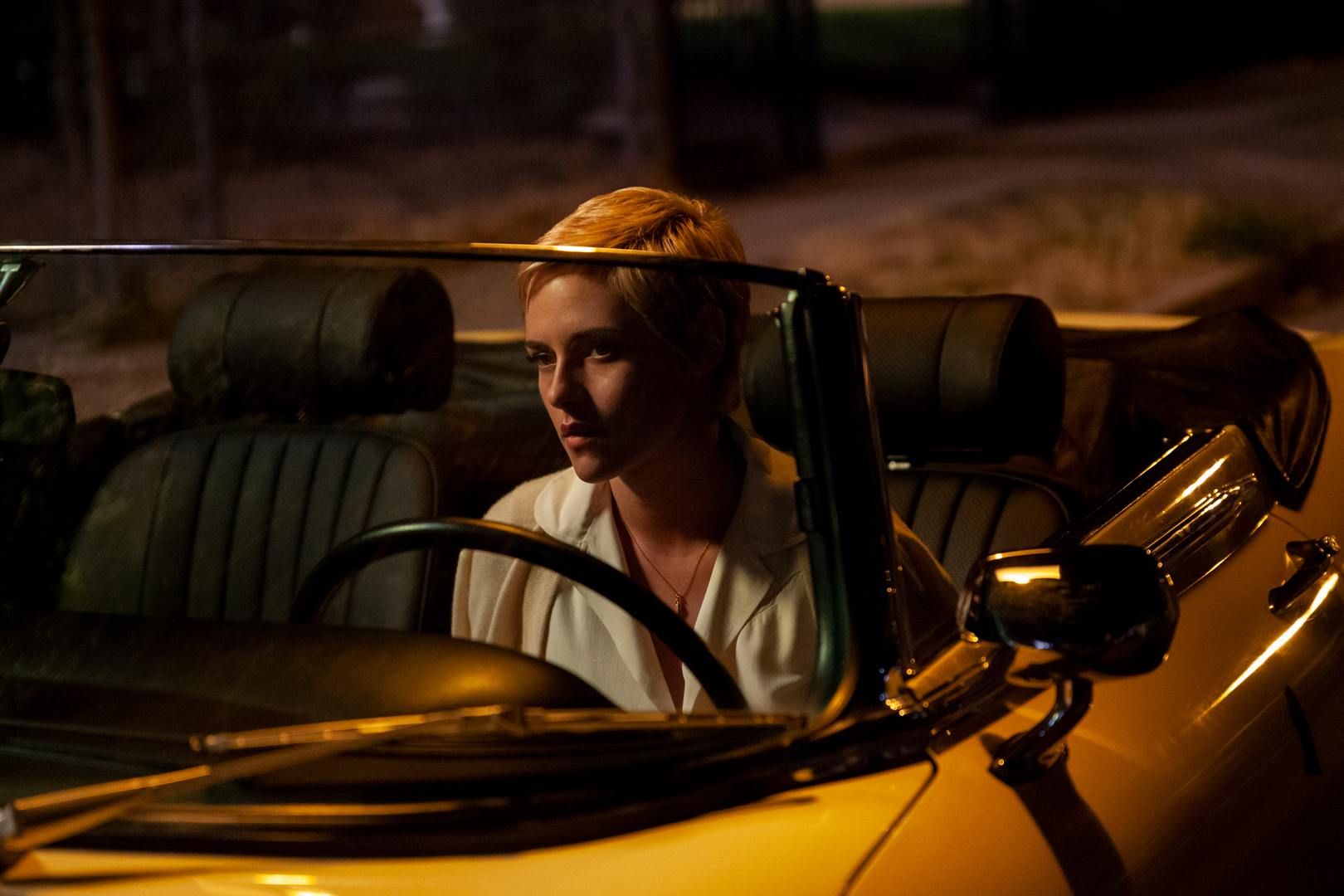 The main Los Angeles action, with production design by Jahmin Assa, is depicted as an idyll of sparkling light. Morrison's camera plays with the glass of Seberg's stylish Coldwater Canyon home, and the aquamarine water of its swimming pool.

"The first half of the film is very aspirational," she says. "It's the look of old Hollywood - beautiful and magical. We leaned into saturated colors and sun-kissed highlights. It's vibrant and warm. As the narrative twists and Jean becomes trapped in her own reality, she starts to question the world around her and the colors start to drain away. We're not making a sharp transition to black and white; the tonal shift is made in subtle ways to more muted palettes. The light, which was once soft and aspirational, becomes harsh and mysterious."

Morrison’s look design and lens choice also spoke to the contrast between subjective and objective reality and what it’s like to experience the world versus observe someone else’s experience.

"I chose close and wide shots and opted for longer takes when we were in sync with Jean's perspective as opposed to longer lenses and more fragmented coverage when Jack [an FBI agent played by Jack O'Connell] is watching her. It helps blur the lines between reality and perception."

Both points-of-view can be seen on the screen in Seberg – currently in theaters.Cinema, the most voyeuristic of mediums, is uniquely placed to convey both the act of surveillance and the psychology of the surveilled. In  Seberg, director Benedict Andrews and cinematographer Rachel Morrison, ASC draw upon the great conspiracy thrillers of the 1970s for an unconventional biopic that examines the disturbing, real-life experience of actress and activist Jean Seberg.