The Chi: Bringing Life On The Street Closer To Home 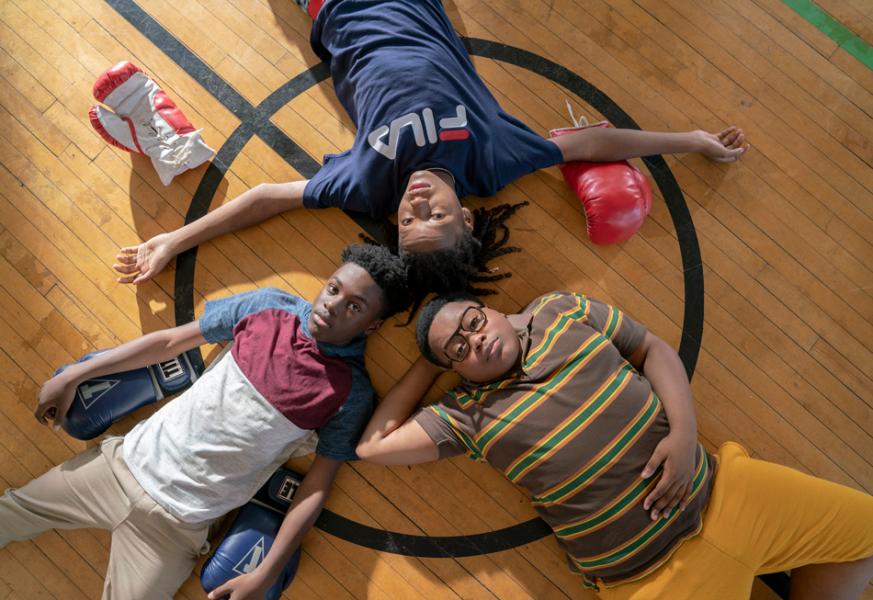 One of the strengths of the acclaimed series The Chi, created by Lena Waithe, is its multifaceted take on the experiences of living in Chicago’s South Side. It also does not shy away from the big issues that impact the city. Indeed, the nuanced complexity of its storylines have been likened to The Wire.

Showtime’s eagerly anticipated second run is lensed by cinematographer Abraham Martinez, who moved into the role after serving as second unit DP on the show’s first season. 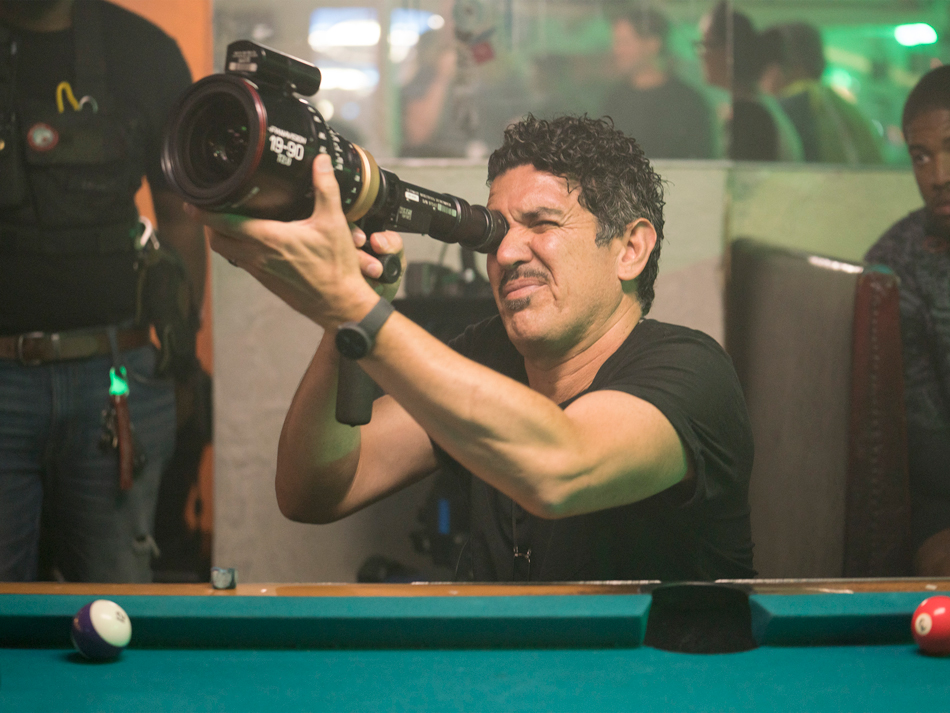 Abe Martinez on The Chi.

For the second installment, Showtime requested delivery in 4K rather than HD. Martinez employed Panavision's Chicago location to assemble his camera package, with the Alexa Mini as the show's primary camera (with ARRI Amira for Steadicam).

“One of the first things I did after we decided on the camera was talk with Katie Fellion (co-founder and head of business development and workflow strategy at Light Iron, Panavision’s post production division), and we decided to up-rez the footage from its native sensor to 4K,” says Martinez.

“A big plus for me in terms of working with Light Iron on this show – and also on other shows for which I’ve shot a mix of formats – is the ability to color match the cameras seamlessly,” Martinez notes.

Panavision Chicago outfitted each camera with its own set of Panavision Super Speeds (14-150mm) with PVintage as the go-to glass. These were complemented by an ARRI Ultra Prime 8R for time lapse and a Nikon Nikkor 600 telephoto to capture the hustle and danger of life on the street. 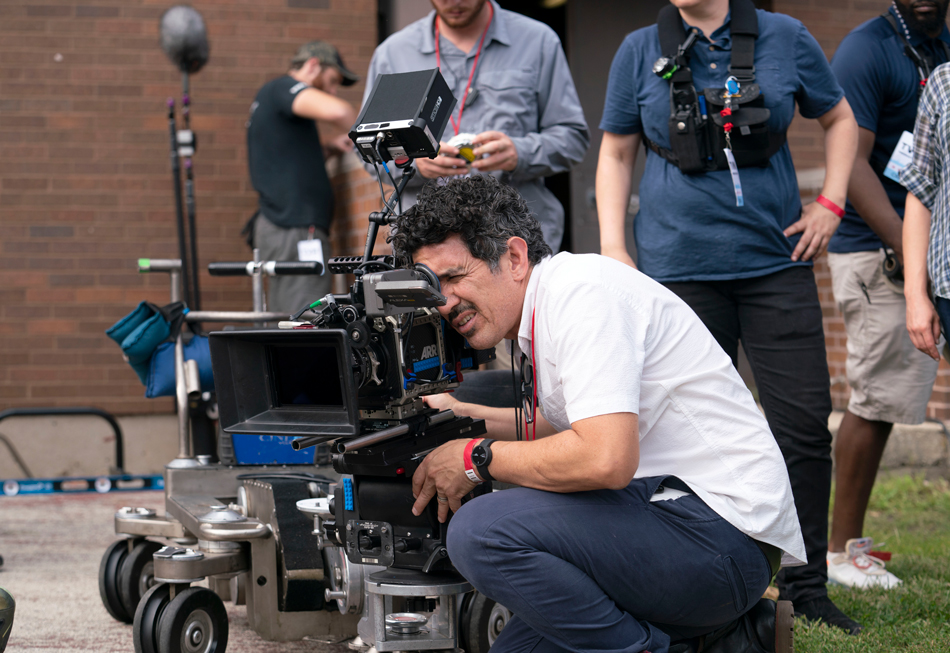 Abe Martinez on The Chi.​

A notable change in style between seasons was the incorporation of more negative space in frame composition, but otherwise Martinez retained The Chi’s signature “handheld and alive” camera movement.

Martinez explains, “Ayanna mentioned that she wanted more of a differentiation between the two main dramatic focusses of The Chi which are the mob and the family. I felt that we needed to focus on making the interiors for the family feel warmer and more domestic. The creative intent was to put the audience inside people’s homes in the south side.”

This was set to contrast with the background violence that permeates The Chi as it depicts life on the street with gangs and guns. "For the mob, we wanted to lean into this urban backdrop, make it a little more heightened, but still the touchstone is realism," Martinez relates. "We embrace the sodium vapor feel of street lights and tone the color temp down." 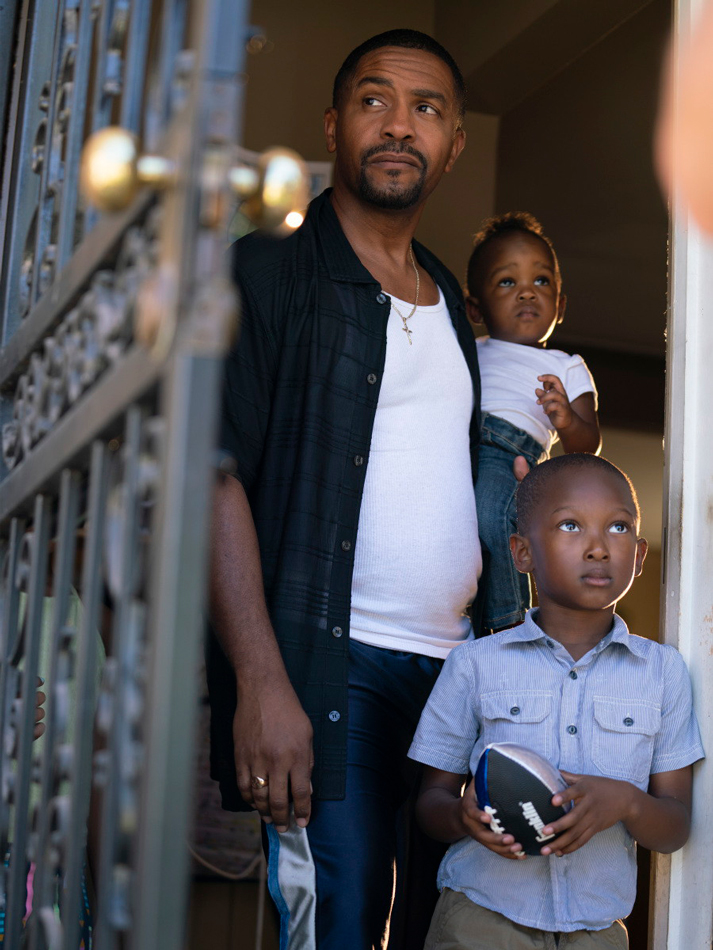 Alex R. Hibbert as Kevin, Michael Epps as Jake, and Shamon Brown as Papa in The Chi (Season 2, Episode 01, "Eruptions").

At the same time the thread running throughout this series is one of fatherhood - boys growing into men. "We have a great range of skin tones and I really wanted to bring those out and create a real intimacy and reality to our story," he continues. "These were the emotional points I talked over with Steve throughout production. We worked together to ensure there was a consistency of look for each of these two worlds, the domestic and the street. For example, in one scene we see a mom at her front door with a feel of domestic warmth and she's talking to a kid on the street, and when we cut to that character, we feel the cooler blue exterior of that world."

Martinez adds, "Lighting the space and atmosphere was equally as important to lighting actors, having the freedom for authentic character movement was essential." The show has so much movement and energy to it that I wanted to liberate our camera operators to go into tight places and follow the actors. In turn, that meant working with Steve to draw out the darker skin tones that might otherwise get lost in the shadows. This wasn't a cut and paste job. I felt that at each step I was able to control and fine-tune the process working with dailies and into color grading." 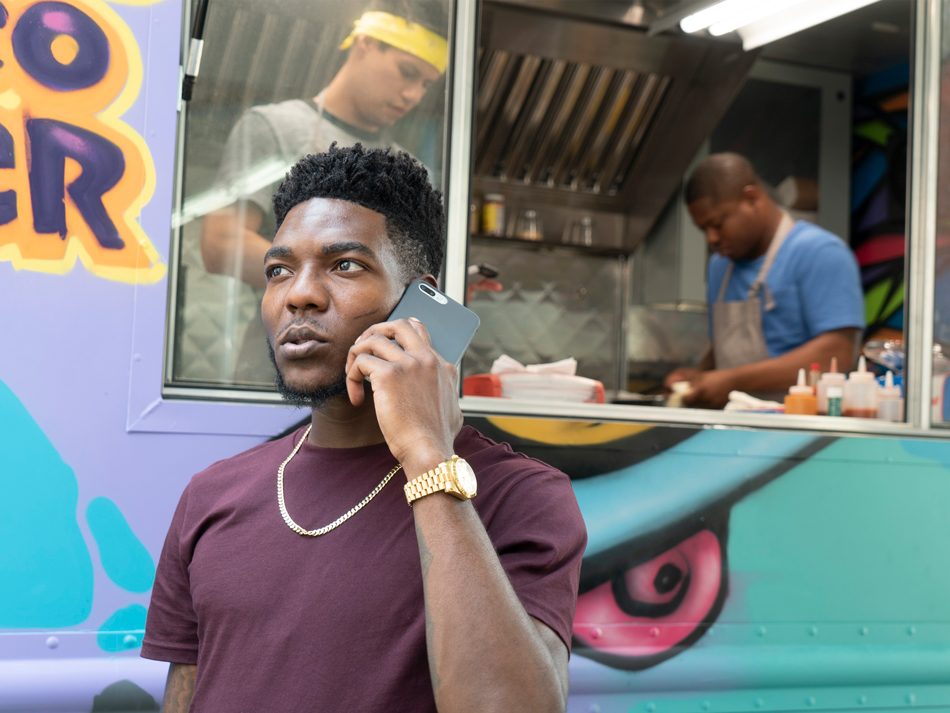 Rolando Boyce as Darnell in The Chi (Season 2, Episode 1, "Eruptions").

Shot on location in Chicago, the ease with which Martinez was able to talk over the fine points of photography or grade with Light Iron in Chicago, New York or Los Angeles was something he greatly appreciates. While Martinez was in Panavision's New Orleans' office, a conform would be sent to Light Iron in LA who in turn would send a conformed ProRes file to Bodner in New York City.

"I'd do a first pass on the full episode, usually taking two days, and then we'd arrange a remote DI session, which I would run in New York with Abe in New Orleans and his post team at the Los Angeles office," Bodner says. "These three-way color sessions are becoming more and more common now that we have a far reach with our technology."

"No matter the time zone I am in, Light Iron is always open," notes Martinez. "I can always reach out to someone in their offices with any issue. It's so important to me to always have this line of communication. From the moment I develop a camera package with Panavision to the moment I start conversations with Light Iron, I am extremely confident I am being taken care of - and that's a weight off my back."

Martinez graded 27 episodes with Light Iron last year, including all ten episodes of The Chi with Bodner, 13 episodes for Queen of the South (season 3), and the four-part documentary Alternative Living.

“I was in Light Iron New Orleans when I was working on the doc series and on the same day able to remote grade an episode of The Chi while reviewing test shots of grain for Queen sent from New York City. That, I felt, was a game changer in the sense that the job really can be done remotely and flexibly thanks to Light Iron and Panavision.”