Fact-Finding in the Sunshine 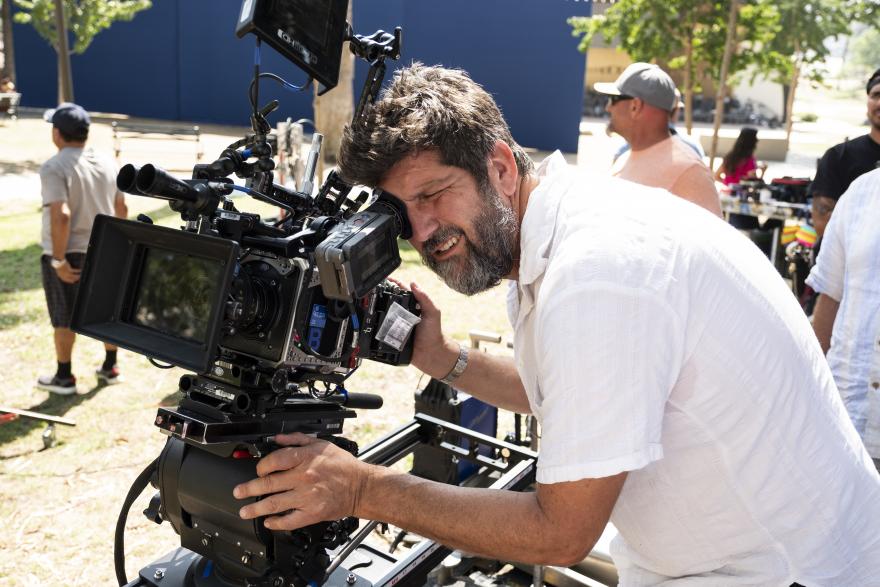 Having photographed episodes of the Showtime horror drama Penny Dreadful's second and third seasons, John Conroy, ISC was eager to reteam with showrunner John Logan to help create its new spin-off, Penny Dreadful: City of Angels. Described by Logan as a 'spiritual descendant' of Penny Dreadful's original incarnation, City of Angels sought to preserve the series' visual panache while exchanging Victorian-era London for 1938 Los Angeles, a time and place deeply infused with social and political tension.

Production itself switched locales from Dublin to the Melody Ranch Studio in Santa Clarita Valley, Calif., as well as locations in and around L.A. As preproduction got underway, Conroy turned to Panavision and Light Iron to service the show from acquisition through final color.

“I’d just come off shooting [Season 2 of the AMC horror series] The Terror in Vancouver, where I'd used the [Millennium] DXL2 and Primo Artistes, and I was keen to work with Panavision again," he says. "My experience with Panavision goes way back to the time I actually worked for the team in London when I was a teenager. I love working with them, so as soon as I got the chance, I rang [Panavision U.K. director] Hugh Whittaker, and he put me in touch with [sales and marketing executive] Mike Carter in L.A.” 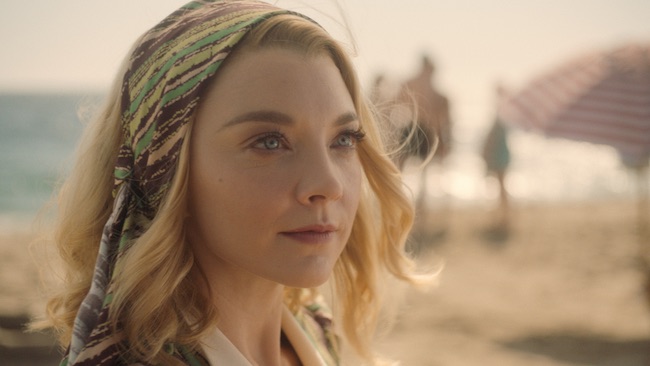 Set against the backdrop of Los Angeles' rich history, the series stars Natalie Dormer and Daniel Zovatto, and revolves around a Latino family and their increasingly destructive interactions with the forces of Nazi espionage, white supremacy and supernatural power. "Given the setting and period, the obvious thought was to treat it like a classic film noir, but we quickly discarded the notion," Conroy says. "This had to be more nuanced than using dark, hard shadows and backlit smoke. The story had to be more grounded in reality."

And so, the 1974 neo-noir Chinatown, shot by John A. Alonzo, ASC, became a key reference, inspiring a look that would emphasize the baking Californian sun. “In early conversations with John [Logan],” Conroy remembers, “we agreed we wanted it to feel as if every day was 100-degree heat — interiors as well as exteriors.” 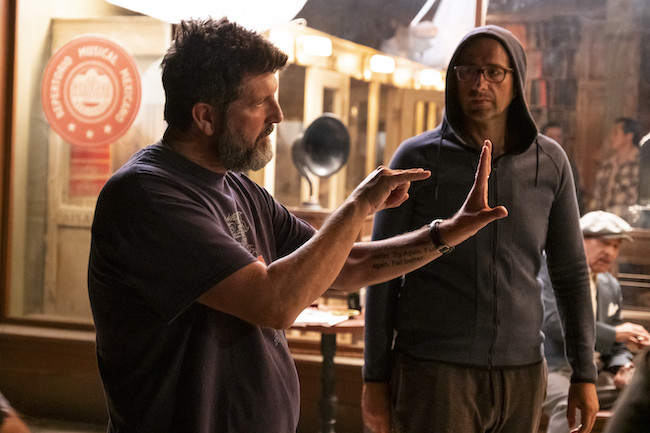 As he had done for his earlier work on Penny Dreadful, Conroy employed a two-camera setup for City of Angels - in this case a pair of Arri Alexa Minis, which the cinematographer chose to partner with Cooke Panchro primes. "I went back to my roots," Conroy explains. "My father [Jack Conroy] shot My Left Foot on the Panchros, and I shot my first TV film on them. I went to Panavision, and they laid out all their Panchro glass, from which I picked two sets. I loved that some of the glass was nearly as old as the period we were going to emulate.

"I love the chromatic aberration in the Panchros, which make the image a little soft at the edges," Conroy continues. "But for some shots, where we show intimate detail and huge scale, I wanted to know we could use the extreme edges of the frame." For such wide shots, which have become a hallmark of the series, the production also carried a set of Cooke S4 primes. The complete camera and lens package came out of Panavision's Woodland Hills headquarters. 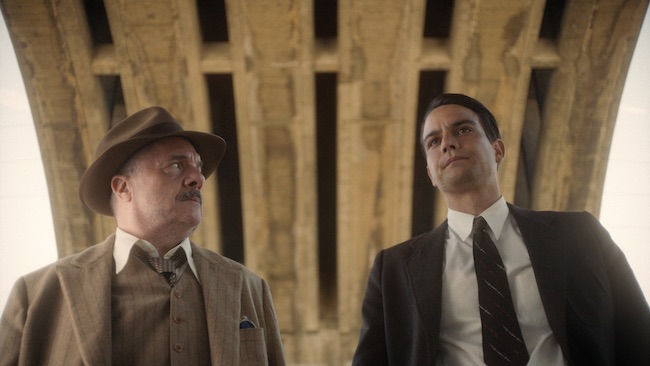 Camera movement, the cinematographer explains, was designed for continuity with the previous series: "There's no handheld. Even in the most visceral and frantic moments, the camera has to be as smooth and elegant as possible. We wanted to let the energy from the action and the actors burst onto the screen without the camera trying to force it."

Conroy shared cinematography duties on City of Angels with Pedro Luque. “I had a ‘look book,’ which I ran by John, and then I talked the ideas through with Pedro,” Conroy explains. Both cinematographers, he adds, “worked very closely with [Light Iron supervising colorist] Jeremy Sawyer, first in tests, then in post.” 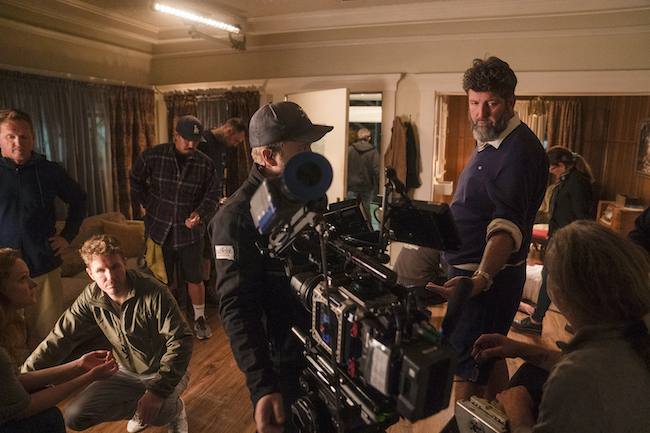 During preproduction, Sawyer explains, "We played around with still photographs that John Conroy took of the sets before they started shooting. It was clear from the beginning that production wanted the wardrobe, sets and photography to drive the period nature of the show's look. They wanted to make sure we didn't go in a desaturated or sepia direction."

Out of those initial tests, Sawyer was able to provide a series of show LUTs for use in different locations. In essence, Conroy wanted a period look with a twist. "The base is Kodachrome-ish," the cinematographer elaborates. "It had to look of the period without being overly desaturated. The colors, particularly the reds and blues, had to have a voice. So we played around with costume, hair and makeup in our testing, and we built a look around that so nothing was too washed out." 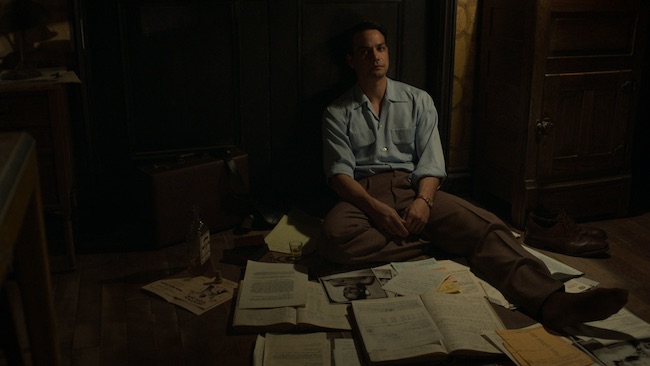 The Kodachrome influence, Sawyer adds, "is accurate for the period and it allows for rich colors; we went in that direction in terms of blue skies and general richness. Honestly, though, I'm just trying to do justice to the photography and the lighting - that's really the driving force behind the actual 'look.'"

Author Raymond Chandler famously described Los Angeles as “a city with all the personality of a paper cup,” but it was precisely the city’s swathes of concrete that Conroy felt gave City of Angels its visual character. "Conventionally you'd tone down the ground in the grade to draw people's attention to the actors," he says, "but we found that by popping the concrete it really helped to highlight the feeling of heat. 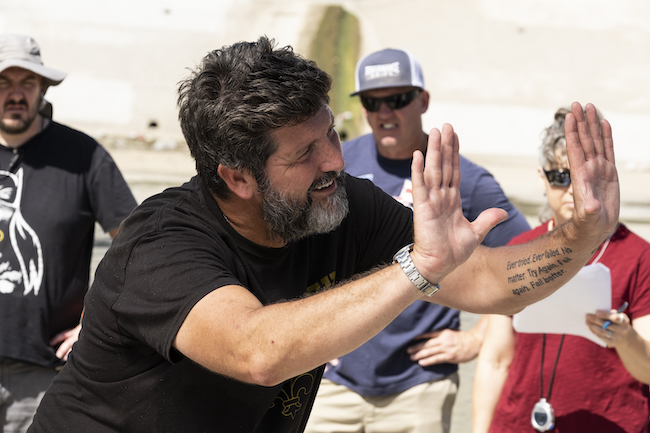 "The first day of shooting down on L.A.'s dry riverbed was iconic for me," Conroy reflects. "This is the location for movies I've watched over and over again. I had a chance to reflect on how I - a kid from County Kildare, Ireland - got here.

"The first day set the tone for the whole show in terms of framing and look," he adds. "You could feel the heat coming off the concrete. We had to hit the ground running. And we did."