Patrick Cady, ASC details the procedures he and his collaborators — including Light Iron Supervising Colorist Scott Klein — followed to take Bosch Season 6 from prep through post. 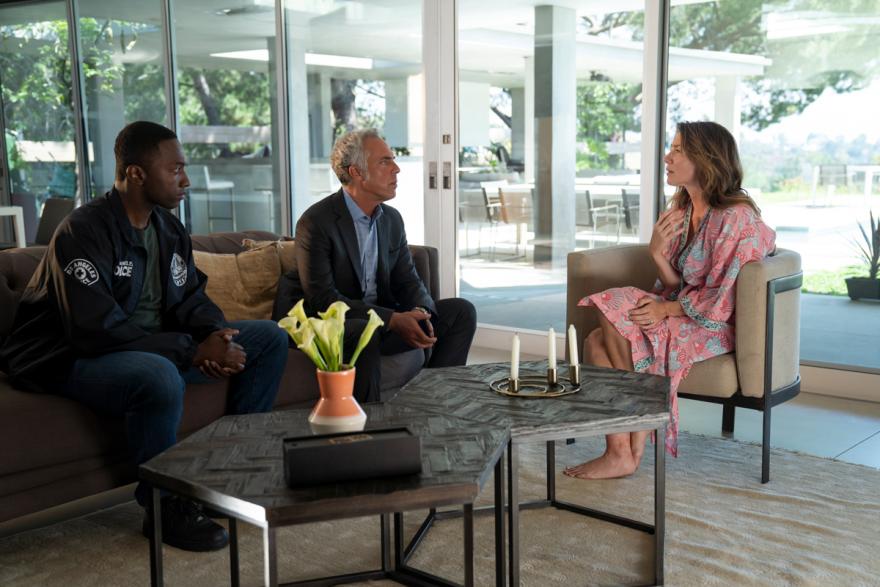 Inspired by Michael Connelly’s Harry Bosch novels, the Amazon Prime Video police-procedural series Bosch premiered its sixth season on April 17. The show has also been renewed for a seventh and final season, offering one last outing for the eponymous LAPD homicide detective (played by Titus Welliver).

Cinematographer Patrick Cady, ASC has been behind the camera for roughly half of the show’s 60 episodes to date, going back to Season 1. From the beginning, Cady and his collaborators have sought to create a sense of realism grounded in the show’s Los Angeles locations. “In my first meeting with showrunner Eric Overmyer and producer Pieter Jan Brugge, I talked about my giant appreciation for [ASC member] Owen Roizman’s photography of the ’70s,” Cady recalls. “Owen has been a huge influence on me. The French Connection, Three Days of the Condor - those movies look and feel so real." The cinematographer adds that those references particularly informed his approach to lighting Bosch: “We talked a lot about using the city to help us motivate our lighting, so the city’s always present in the show.” 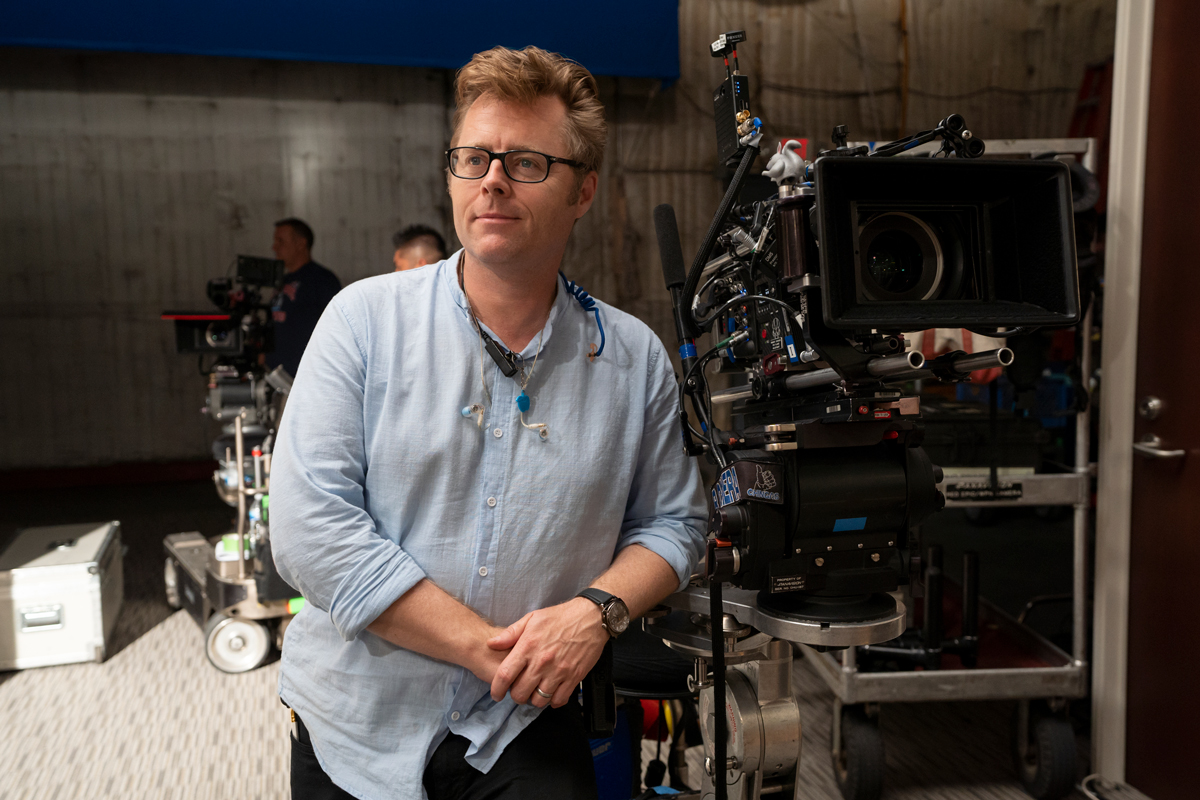 Most recently, Cady has been splitting cinematography duties with Michael McDonough, ASC, BSC. Leading into Season 6, Cady says that they and Brugge looked at director Alan J. Pakula’s “paranoia trilogy,” comprising Klute, The Parallax View and All the President’s Men, all shot by Gordon Willis, ASC. "We were talking about those three movies, and we also talked about how a larger sensor could allow us to have things go out of focus in the background quicker," Cady explains. "We would still feel the environment, but the background could be a little softer than normal, so things wouldn't be quite as clear as they have been in the previous seasons."

Ultimately, the filmmakers opted to shoot Season 6 with RED cameras with Monstro 8K VV sensors, framing for 7K but capturing 8K to allow for reframing in post as needed. They paired the cameras with a selection of Panavision large-format optics; Primo Artiste primes made up the core of the set, with Primo 70s, Panaspeeds, and expanded zooms rounding out the range.

"When we decided we were going to go with the larger sensor, we tested different lenses from Panavision and we really fell in love with the Artistes," Cady says. "They are beautifully designed lenses - I describe them as having a 'creamy' look. They're very gentle in the way they transition through details. There are other lenses out there that are sharper, or more scientifically 'accurate,' but they make things start to look like they're etched out of glass. 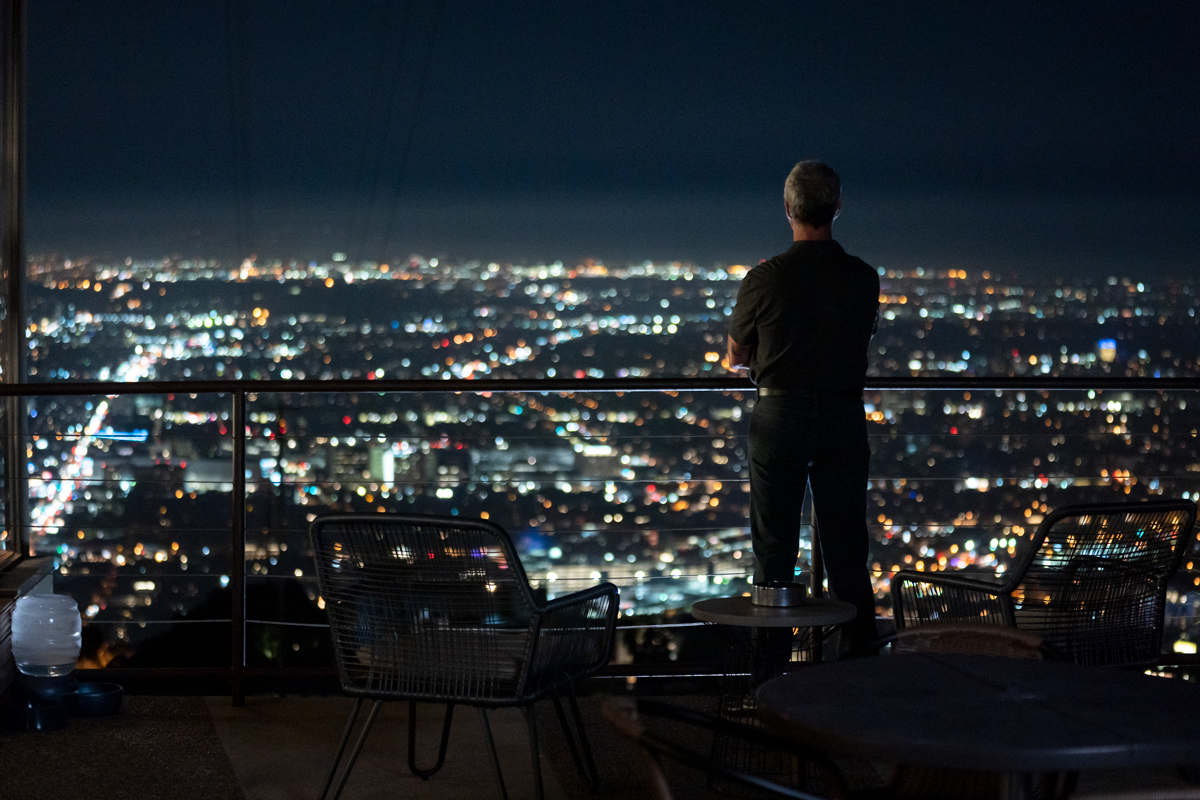 "My whole approach has always been about the way I see the real world," Cady continues. "I don't think anyone sees everything perfectly all the time. Our emotions really cloud the way we see things - what our eyes are able to see and what we see in our mind are two different things. So, I tend to use lenses that help me recreate the way I see the world, but maybe a little bit more beautifully. The Primos do that very well, and the Artistes are phenomenally good at that."

Panavision has provided cameras and lenses to Bosch since Season 1, and Cady’s own relationship with Panavision goes back to the 1990s, when he was living and working in New York City. In addition to shooting Bosch, Cady notes, “I’ve been directing quite a lot lately, and when I see the package come from Panavision, I know I don’t have to worry about the equipment working. It’s just one of those things that I can trust. When I see the gear’s got that Panavision logo, I just know straightaway that it’s going to work.”

Light Iron provided finishing services for Bosch Season 6, with the final grade handled by Supervising Colorist Scott Klein, who has worked on the series from the beginning. "One of the big advantages on Bosch,” Cady attests, “is that Pieter Jan Brugge is a really visual producer, and what we do is he, Michael McDonough and I will color all the episodes together — we’re all in the room with Scott. And it works out really well because we’ve all been together from the prep. So we leave Scott’s room feeling all together on the look of the show.” 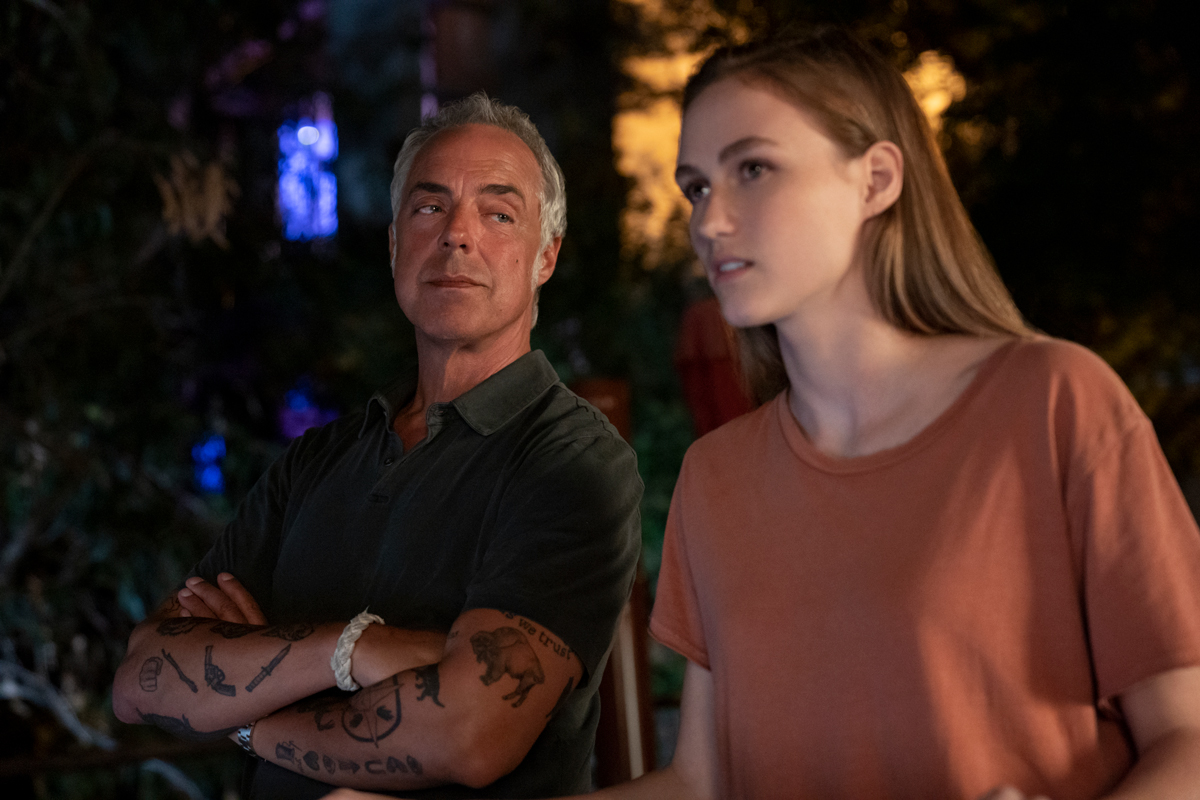 Cady and Klein have been working together for many years, and consequently they've formed an intuitive understanding that helps streamline their creative process. "Scott is able to walk that line of being a scientist and an artist, which is a huge benefit," Cady says. "We can have conversations about IRE values, where to place skin tones, and what we want the highlight roll-off to look like, as well as talking about plugging in a look from a painting or film. Either way, he knows what I mean.

"For example," the cinematographer adds, "if I say, 'We need to dirty up those shadows,' he knows I'm talking about adding a green-cyan into the mix, and he understands what it means for the show. He can say the same thing to me, and I know what he means. It's easy to bridge those creative-slash-technical conversations."

This thought is echoed by Klein himself: "Patrick's a great friend of mine, and we've got such a good understanding now that I can guess what he's looking for with certain shots. Sometimes when I'm going ahead and exploring scenes on my own, something might seem a little off-balance in the LUT. Maybe it's got a bit of a green tone, and I might then press the green in because I know that's what he wants. I might also experiment with running a scene partially off-color while keeping the mid-lights or skin tones clean, providing a counterpoint for the toxic undertone.

"Patrick's work is rich with well-thought-out creative details, and It's super-fun to imagine what lighting mix he was toying with on set," Klein continues. "I always look forward to working with him - the shorthand we have is amazingly valuable. Plus, he won't laugh at me if I get it wrong, which is always nice!"