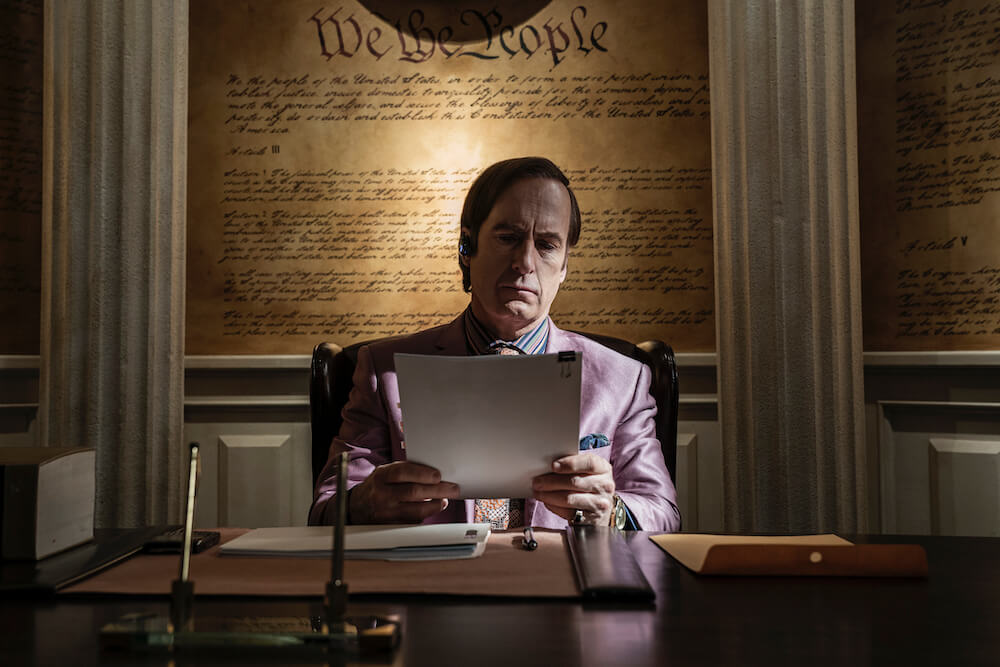 Known for photographing cult-classic television such as Felicity and Monk, Marshall Adams, ASC knows how to identify — and respond to — a story that subverts expectations. His latest entry comes on the heels of writer-producer Vince Gilligan’s Breaking Bad, the genre-defining series about of a chemistry teacher turned meth lord. After a one-episode exploration during that show’s fifth and final season, Adams reprised his role behind the camera for seasons 3 through 6 of Gilligan and co-creator Peter Gould’s Better Call Saul. Shortly after the final episode aired in August, Adams caught up with Panavision to reflect on his time with the show.

Panavision: How would you describe the cinematography of Better Call Saul?

Marshall Adams, ASC: The look relies on symmetry, simplicity and storytelling. We all love finding symmetry when it lends itself, which, in my opinion, allows you more potential screen time to let the scene unfold within that frame because it's interesting and has a lot to say. We often tried to find and hold a frame that worked for the action but, most importantly, was true to the story. As much as possible, we strove to boil each shot down to the information conveyed within it. The simplest frames can often be so elegant in their storytelling.

We also tried to keep the camera operation as minimal as possible. And as funny as it sounds, the operators worked very hard to not operate. Say we were following someone out of a car and walking to meet and talk with another character. Landing when the actor lands is pretty standard, but the hard part is landing in the exact frame that can play out for another 2-3 minutes and not be adjusted. The operators — Matt Credle, Jordan Slovin and Wally Sweeterman — were so locked-in to exactly where they needed to land that frame, that two months later they’d still know exactly where the frame lines were.

Something else we did was to keep the operation to a single axis. That meant we could pan, tilt or push, but we only got one. 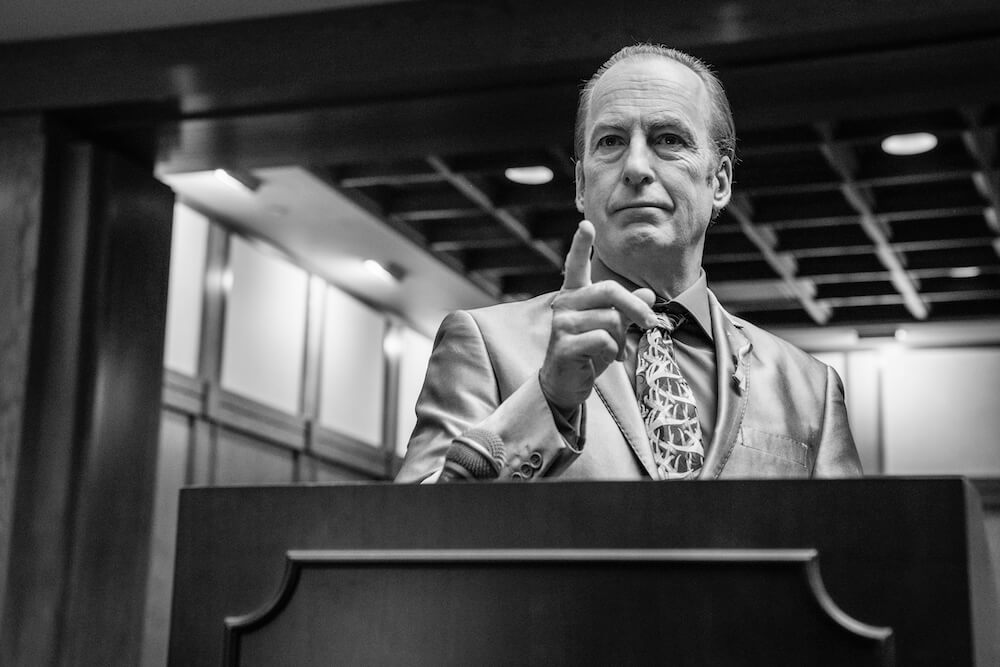 Were there any particular references that inspired the visual approach?

Adams: Vince and Peter often talked about sitting down with Arthur Albert, the cinematographer on seasons 1 and 2, and his crew to watch Bernardo Bertolucci's The Conformist. I know it was a significant influence on them and certainly contributed to the visual approach to Saul, as did the apparent film-noir influences and many of the classic westerns. I certainly had big shoes to fill when I started on Season 3, but the style was a great fit with my own and, with Vince and Peter's help, we continued to develop it right up through Season 6. 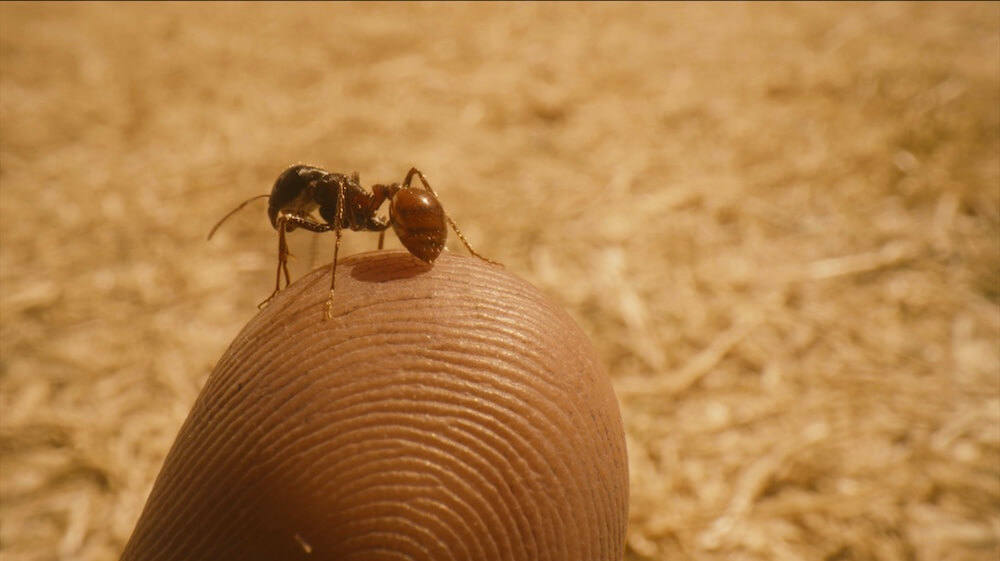 Adams: I had a great working relationship with Panavision in the past, and then in December of 2017, when we were beginning Season 4 of Better Call Saul and I was having a hard time putting together the package that I needed, Bob Foertsch [director of sales and marketing at Panavision Woodland Hills] came to my rescue. I haven't done a series without him or Panavision since.

At the beginning 2019, we decided Saul Season 5 was going large format. Again Bob and the whole gang at Panavision helped us put the right package together, and it made all the difference. The Panaspeeds were a perfect match because their speed allowed me a lot of control over the depth of field. We used depth of field as a storytelling device more than I ever had in my career before, even during day exteriors. 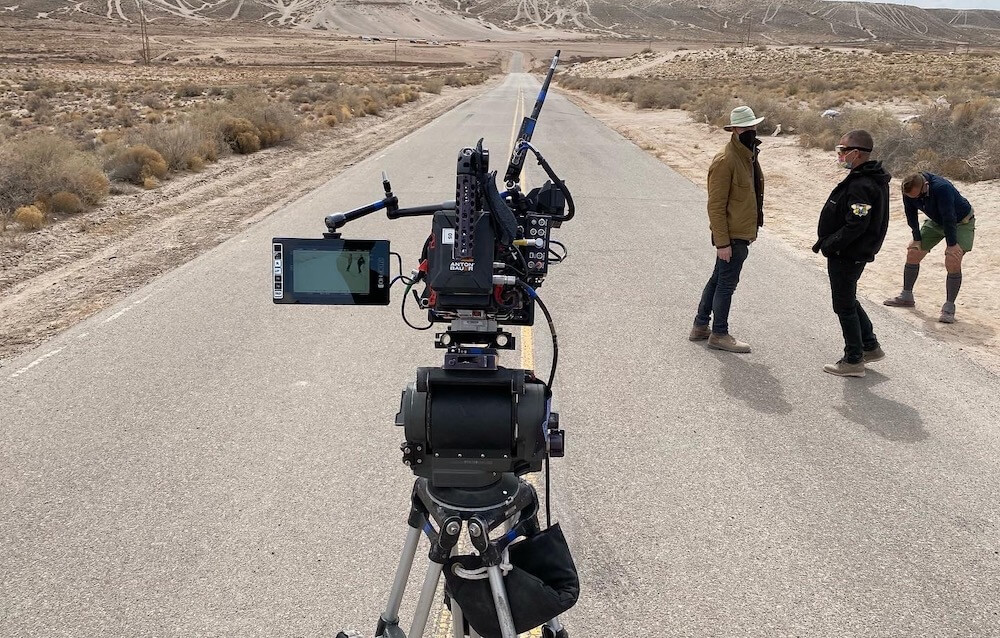 How else did Better Call Saul differ from other projects in your career?

Adams: I had done one full episode and a few pickup days on Breaking Bad, so I knew how different the Gilligan-Gould experience was already. After getting Better Call Saul, I went to meet with Vince, Peter, and executive producers Melissa Bernstein and Diane Mercer for lunch, and they were very clear that they were not only going to support anything I wanted to try visually, but they'd rather have to reshoot a scene than feel like I took the safe route and didn't take risks. It was a conversation I’d never had in my career — I'd never heard of anyone hearing that from the executive producers before!

I quickly realized one of the biggest reasons everyone on the crew was so invested in the show and the stories was the way the producers enabled everyone to think out of the box and bring ideas - sometimes even crazy ideas - because they wanted to hear them. That and the fact that the show was written by the best writers in the business and everyone from the showrunner to the day players were the nicest folks you'd ever want to meet. 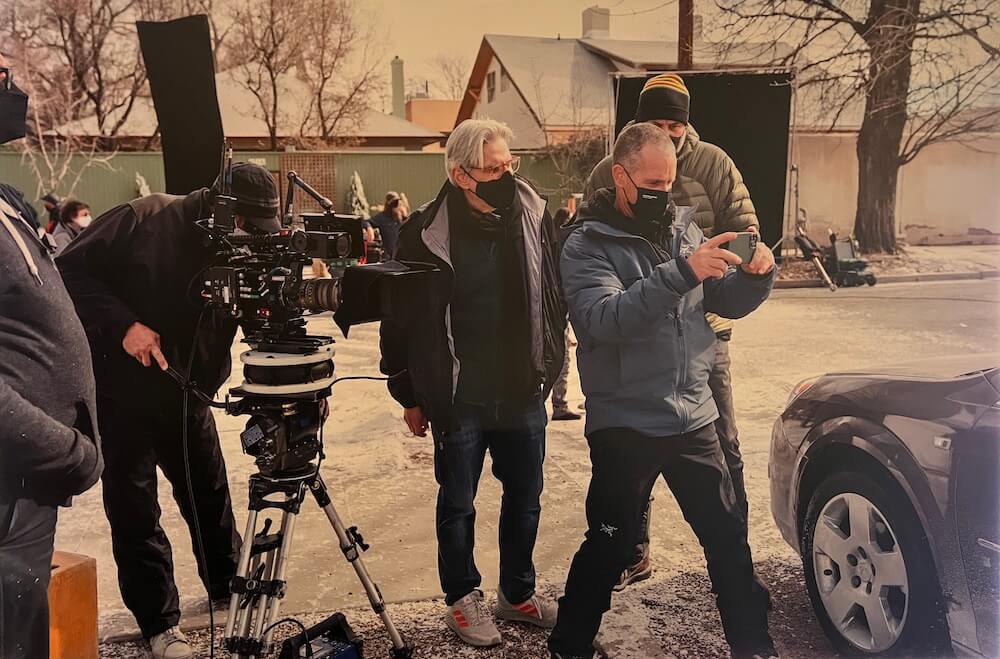 How did you get started in this business?

Adams: I had loved the industry since visiting the Rockford Files set as a teenager, so I wanted to explore working as a crew member. I started in camera on smaller projects and had all my days to join the camera local, but I realized I was a terrible camera assistant, mostly because I was so busy watching the lighting, and I really belonged in the electric department. After working my way up and working as a gaffer for a number of years, I really wanted to shoot. The opportunity came along in 1999, with some bumps in the road, and by 2001 I had moved up permanently. 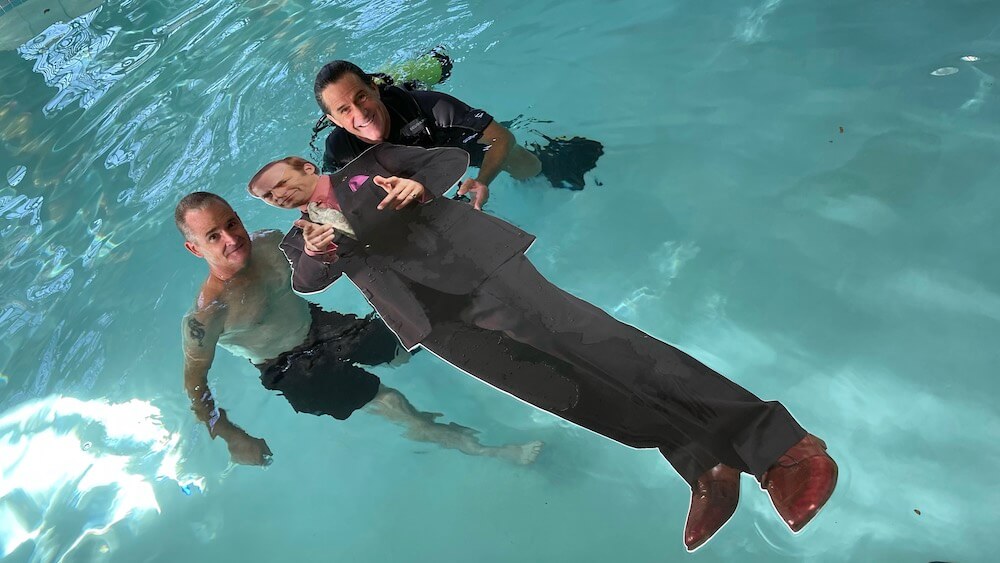