A Question of Strength 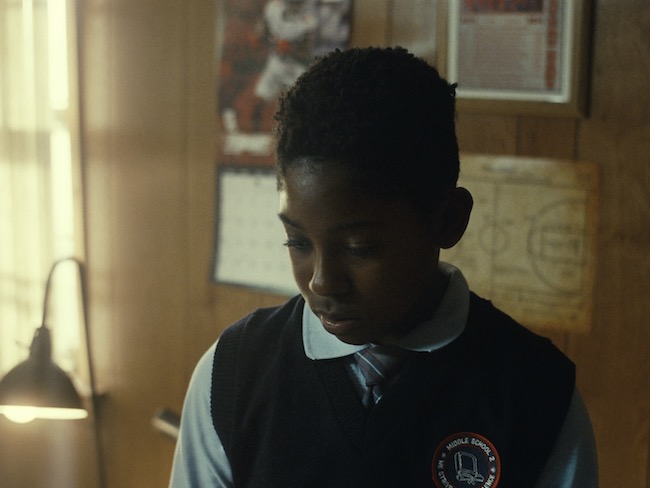 Directed and co-written by Miles Warren, the short film Bruiser offers a portrait of the young Darious (Noble B. Whitted), who begins to test the limitations of his own physical strength after witnessing his father (J.D. Williams) get into a fight. Behind the scenes, Warren teamed with cinematographer Justin Derry, who also served as an executive producer on the project. The filmmakers shot on 35mm negative with a Panaflex XL and Panavision Ultra Speed lenses.

Bruiser was serviced by Panavision New York and premiered in the Shorts Program at the 2021 Sundance Film Festival. Panavision recently connected with Derry to ask about his experiences making the project. 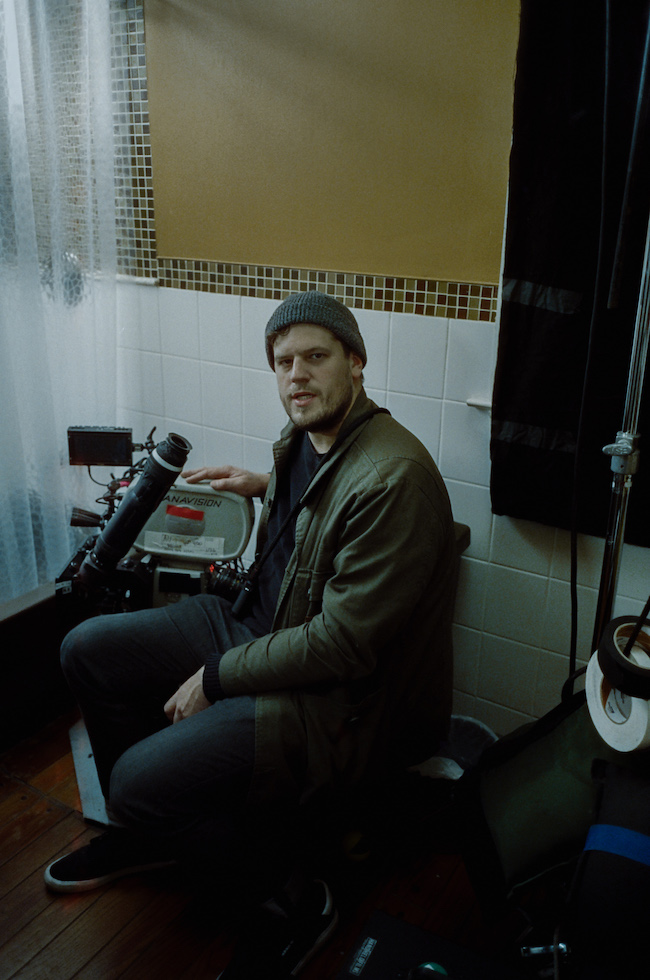 Panavision: How would you describe the look that you and director Miles Warren wanted to achieve?

Justin Derry: In general, I think the most artistic and moving cinema results from finding beauty in the imperfections. I have always subscribed to Conrad Hall, ASC’s embrace of happy accidents; I try to use that idea to find messy, abstract elements in natural situations. Some of my film heroes are Robby Müller, NSC, BVK; Ed Lachman, ASC; Benoît Debie, SBC; Christopher Doyle, HKSC; Sławomir Idziak, PSC; and Vadim Yusov. I think what these cinematographer’s do best is create an immersive and intimate perspective by manipulating our expectations of reality — by turning the ordinary and ugly into something beautiful and impressionistic. This is always my goal.

Miles Warren, our director on Bruiser, had a very clear vision of what he wanted. We referenced films like The Favourite, Dayveon, The Snowtown Murders, Chungking Express and Paris, Texas. Our goal was to be very specific with movement and to only move the camera once the story motivated it. The beginning of the film is very contemplative and is about Darious looking up to his father but feeling distant, like his father is unrelatable, so we chose to keep the camera locked and not have the father and son together in a single frame until the end of the film. They are always covered separately.

As the film progresses, we started slowly moving the camera with dolly movement and zooms. Then, toward the final act of the film, we used Steadicam to embrace the momentum of the story as Darious loses control and feels like he has to prove his masculinity and show strength like his father. The film's goal is to question this cultural pressure of masculinity, physical strength and violence among men. It was important for us to use movement and lensing to help show Darious' struggle to decide who he wants to be and whether being a fighter is actually a positive trait. 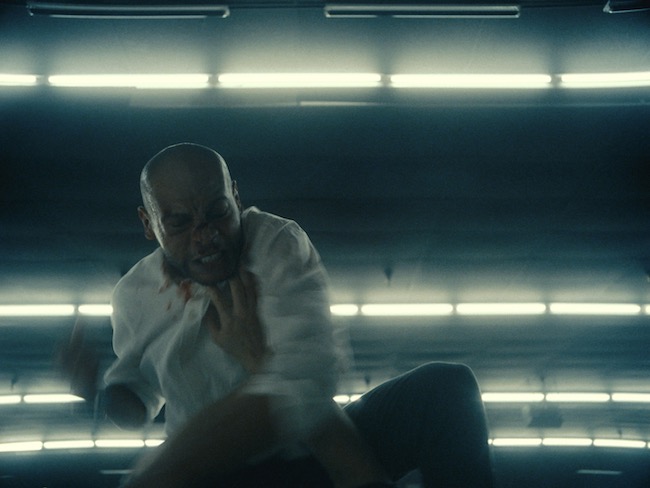 What were the creative reasons that led you to shoot on film?

Derry: For me, film is just the best format we have to tell stories. I think film is beautiful, and it allows you to embrace what you don’t always have control over. The colors of film feel true but also impressionistic. There is a freedom to shooting film, where you can embrace a blown-out highlight or strong overexposure to heighten the narrative. I think this is much harder to do digitally.

I shoot digital all the time, especially when it comes to my commercial work, but I feel digital is often used because it's practical, inexpensive, and everyone knows what they're going to get. Digital can look amazing and be the right tool for certain projects for sure, but I am just drawn to the look of film. It feels timeless, like you're painting rather than trying to make a one-to-one copy of the world. 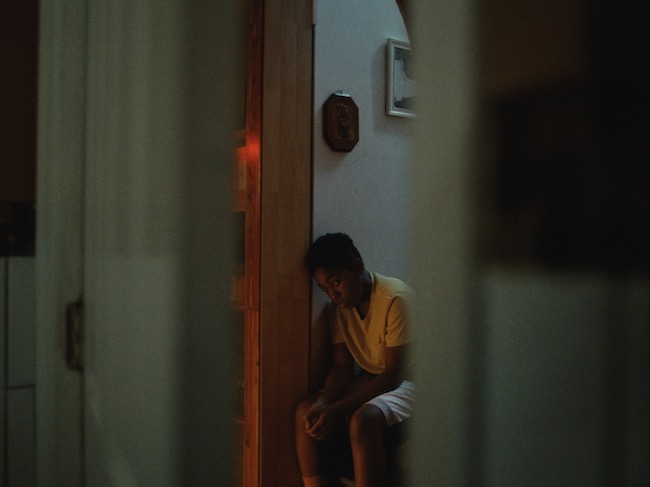 Why did you choose to work with Panavision for this project?

Derry: Panavision is just the best. It’s that simple for me. I don’t think there are better optics that exist. I’m not talking about technically perfect glass, but instead lenses that have heart and character and allow me to create something that isn’t perfect. The world around us is messy and chaotic; our films should find beauty in the chaos. Panavision lenses help me do that.

I have worked with Panavision for years, and the support you get is also unparalleled. Marni Zimmerman at Panavision New York has been a true collaborator and has supported me on so many projects. She always helps me find the best creative options for each project, and many times that has meant shipping lenses and filters from other Panavision offices and talking with the lens and camera technicians to find the perfect tool for the look I'm trying to create. I feel like you only get that sort of customized service and attention to craft with Panavision. And during the shoot, they're always there for us, even on the weekend, to make sure we have what we need to do the job. 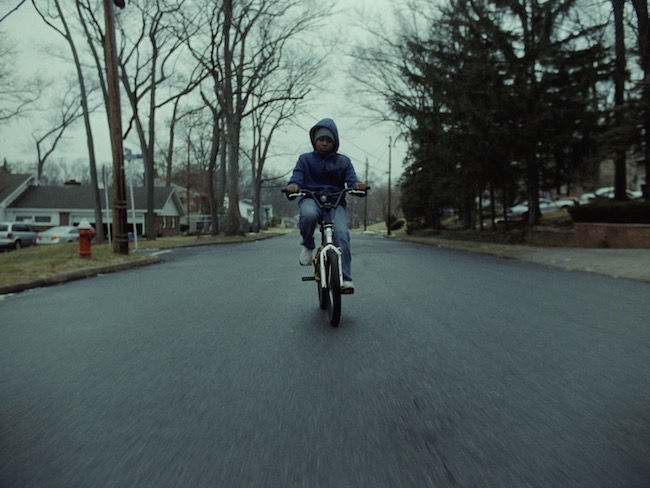 What Lenses did you work with for Bruiser? What optical qualities did they offer that made them right for this project?

Derry: We used Panavision Ultra Speeds. They are quite possibly my favorite spherical lenses of all time. I love how fast they are, and the quality of the bokeh and edge falloff is incredible. They have some of the most beautiful amber flares, and they still retain enough contrast that the image doesn’t get washed out, even when shooting wide open. They are fantastic lenses. 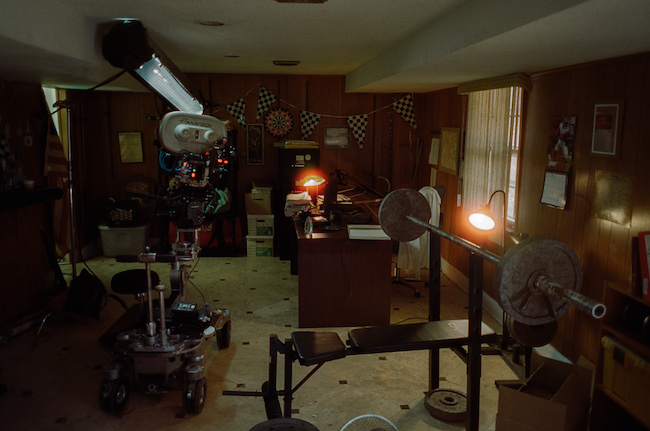 All images courtesy of the filmmakers.