Director Malakai and cinematographer Aiden Chapparone share techniques for creating visually rich, immersive worlds for science-fiction stories. Presented in collaboration with Made In Her Image. 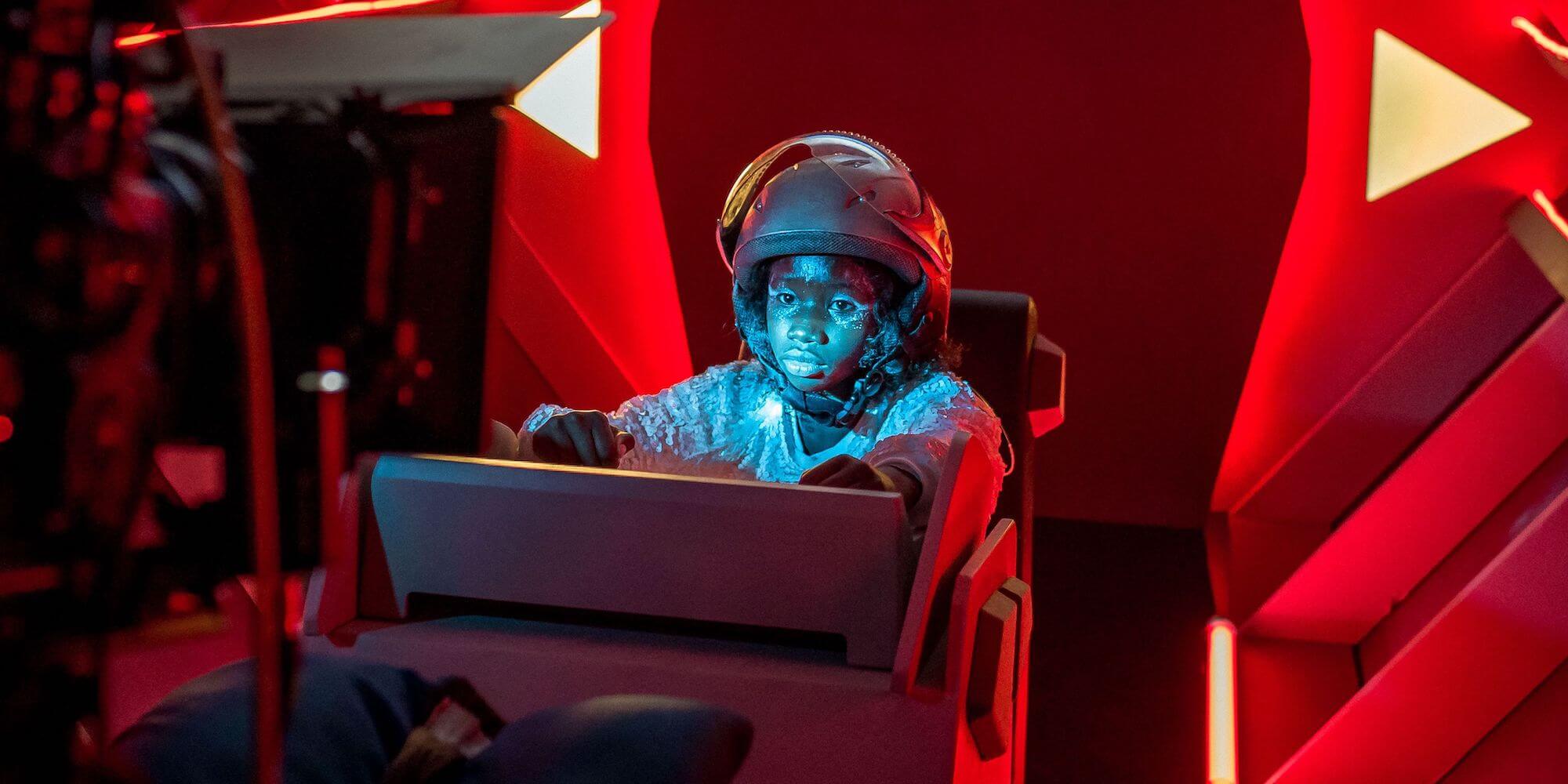 With science fiction, you're creating a world where you can create the rules. The visual language you build with your lighting - through the use of such elements as color, practical fixtures, rich shadows, silhouettes, and backlight - establishes the mood for the audience and suggests a larger universe that continues beyond the edges of the frame.

It's important to visually entice your viewer. Use colors that psychologically will have an effect on them. Build lighting into your sets to produce illumination from the instrumentation and boost the ambient levels, creating a sensory vibe. Develop your world through the tonality of your lighting, which creates a mood the audience will feel.

Darkness holds potential. Working with hard light will provide, crisp, defined shadows, and using negative fill for taking away from a scene can add a layer of mystery. The darkness allows you to suggest an unheard story or help the audience feel the emotional state of your characters.

You can build tension by underlighting your characters even to the point of showing them only in silhouette. This can be an effective tool for act three, when you want to communicate to the audience that something in the characters' world is wrong or is about to take a turn for the worse.

A strong backlight can help direct the viewer's eye to what's most important in the frame. Combined with atmospheric diffusion such as smoke, fog, or haze, backlight can also be used to silhouette the character, creating a feeling of suspense or mystery.

5. Make Your Own Rules

You're creating your own world, and you can create your own rules. Carefully consider the color, texture, and angle of your lighting. Hard light, soft light, backlight, haze, flares - these are all tools for your storytelling, allowing you to convey the intended mood to the audience and to build a convincing world for your characters to inhabit.

A self-described “desert-born afro-punk with a deep love of technology and afro-futurism,” Made In Her Image founder Malakai is a director whose credits include the award-winning sci-fi short Souls, which was shot by Phoenix-based, Emmy-nominated cinematographer Aiden Chapparone. Their work together also includes the acclaimed short Postmarked.